We chat with Rolf Jansson – CEO and Co-Creator of Wurm online.

Could you tell us a bit about your role at Code Club?
I’m the CEO and primarily a server-developer these days. But I help out where it’s necessary.

Where did the interest of computers and games come from?
Well, my father worked at a company who made ABC80’s* so we got a computer early, along with some basic programming-books. But we had video games even before that, in like 1977-78.

Hmm, what video games? The equivalent of Pong? (gaming history-ignorance on display here)
Nah, it was pretty advanced stuff actually. Red and blue colors… dogfights, you could shoot at each other. Further down the line we bought a Commodore 64 and an Amiga. I learned some basic programming on the Amiga, but since the internet didn’t exist you had to figure out what to do by yourself and I was bad.

*laughs*
It wasn’t until after I’d gotten a book with C++-examples from my dad – in 1994 I think – that I got going with my programming a little bit. 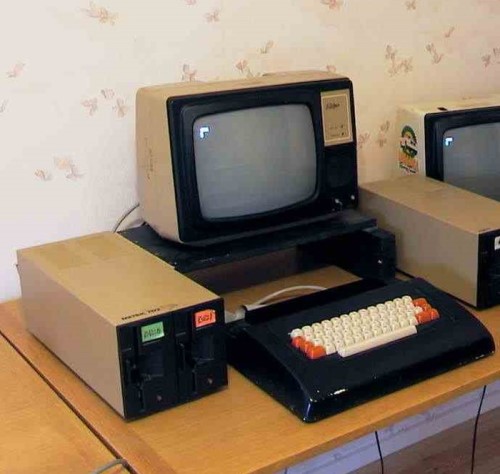 (Luxor’s ABC80 in front of some equally dated wallpaper)

Ok, so how come you got on the track of MMO’s?
I played alot of MUD’s during that time – Multi-User Dungeons, text-based MMO’s. The most enjoyable part about them was that you could help build things and create new locales. In the game I played the most, there were these towers you could overtake in PvP, thus replacing the guards…

How did that work, you typed commands?
Yeah, you wrote like “kill”.

“Kill everyone”? Because that would end it pretty quick. *laughs*
*laughs* No, it was a little more specific than that. The problem was that you were limited in what you could do in the game – there weren’t much room for actual roleplaying. Later, when the graphical MUD’s arrived the rulesets remained very static.

Very quest-based in other words?
Yes, they were. It wasn’t super fun when everyone did the exact same quest, because it basically meant you had no influence… it made you feel like a big f*cking fraud. *laughs*

So while the games were exciting, the fact that you had no real influence bothered me – the sense of purpose was lost. I wanted to do something that felt meaningful, that made the players feel that they could affect what was going on. That’s why it felt natural to start playing around with changeable worlds.

Have you worked with games the entire time?
No, I was a computer-consultant during that period… I resigned because I told myself I was going to make computer games. I got employed at a company called Game Federation, which is where I learned Java… but nothing big came of that, I think the company went under a couple of years after I left.

Ok, so you just started developing Wurm on your spare time?
It was me and Markus Persson* who began developing it in 2002-2003… we worked together at Game Federation and I said that we should make a game, a MMO… I nagged him into it.

*”Notch”, the creator of Minecraft

*laughs* But he left?
Yeah, in 2007 I think. We hadn’t gotten as far as we’d liked. But I kept going, and since I was alone it was possible for me to do keep doing it full-time. After that, I moved here (Motala, Sweden) because I was gonna have a child. As such, I worked on Wurm during evenings, vacations, weekends, during New Year’s and Christmas as well if the server went down, or if there where bugs with the presents.

*laughs* I’m sure that went over well with the family?
Yes. But it’s no fun if your game bugs out… you are constantly on duty. These days I have help with that though, thanks to MaxC. (Server Admin)

(Merry Christmas! Unless you are a server-developer)

That’s one of the crazy things to me – when I think of MMO-development, I imagine like 200 people cranking out assets and working on different aspects of the game. How do you develop and maintain an MMO by yourself?
There is an upside to being few, and that is that you don’t have to jump through so many hoops in order to make a decision – it helps making the process more efficient. Also, in our case the players have been extremely important to the debugging-process.

They’ve helped out alot?
Yes, oh yes! Because of the small size of our team we haven’t been able to test all the possible scenarios in a game as complex as Wurm, so unfortunately it’s been the case that the players have had their share of imbalance and bugs.

“But I believe in a kind of… this is not a good word, but I call it gaming-perversion”

We’ve touched on this a little bit previously, but I thought this was a good question from the forums – could you narrow down a motivating factor in why Wurm was conceived?
Hmm… I don’t want to be just a consumer of experiences when I’m playing a game, I want to be a producer of experiences as well.

Do you feel that you’ve succeeded in that respect?
Yes, absolutely. I think we’ve managed to incorporate role-playing into Wurm even if it maybe isn’t always obvious. If you are blacksmith you’re going to have to act like a blacksmith for example. You have to act like a priest if you want to be a successful priest… I’m happy about that as an old role-player.

This is a bit of a random question, but I thought it would be interesting to hear your thoughts on this: How do you feel the gaming-world has changed since you started?
Well, it seems that the “nerd” gamer have been marginalized in favor of the more casual. But I believe in a kind of… this is not a good word, but I call it gaming-perversion. *laughs*

*laughs*
That is to say, I think alot of people are going to become more “nerdy” in what they want out of their games… that they are going to want something more intricate and meaningful the more games they play. At the same time people want higher quality graphics, audio and a more user-friendly interface… in general we don’t accept games that are entirely inaccessible anymore. 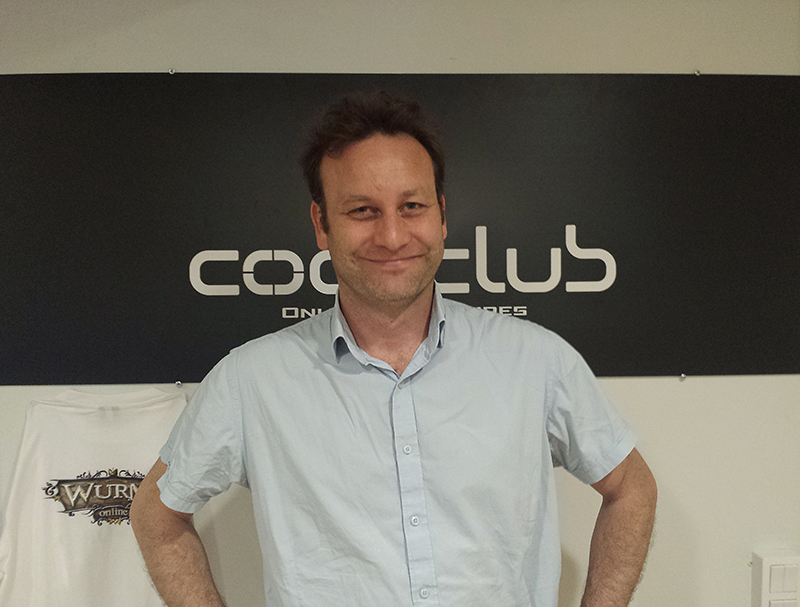 Now that you’ve worked on Wurm a pretty long time, do you have any end-goal or final vision for the game?
That’s very difficult to have with a virtual world. I want it to keep growing for at least an additional twenty years, and for it to slowly become the leading fantasy-simulator.

That’s ambitious!
Yes, absolutely! But we are growing slowly but surely, and we have both the technology and the feature-set. It’s a question of bringing that feature-set into light… improving the interface, animations, the client, etc… simply to improve the experience of playing.

Alright, finally, I was wondering if you have a message or something you’d like to say to the players?
Yes. I’d like to thank them for sticking with Wurm and for the faith they’ve shown in the game, despite the problems and issues… the times we let them down I ask them to forgive us since we are a small team and we are doing what we can. I don’t know, that’s it more or less.

Thanks for your time!

This website uses cookies to improve your experience while you navigate through the website. Out of these, the cookies that are categorized as necessary are stored on your browser as they are essential for the working of basic functionalities of the website. We also use third-party cookies that help us analyze and understand how you use this website. These cookies will be stored in your browser only with your consent. You also have the option to opt-out of these cookies. But opting out of some of these cookies may affect your browsing experience.
Necessary Always Enabled
Necessary cookies are absolutely essential for the website to function properly. This category only includes cookies that ensures basic functionalities and security features of the website. These cookies do not store any personal information.
Non-necessary
Any cookies that may not be particularly necessary for the website to function and is used specifically to collect user personal data via analytics, ads, other embedded contents are termed as non-necessary cookies. It is mandatory to procure user consent prior to running these cookies on your website.
SAVE & ACCEPT